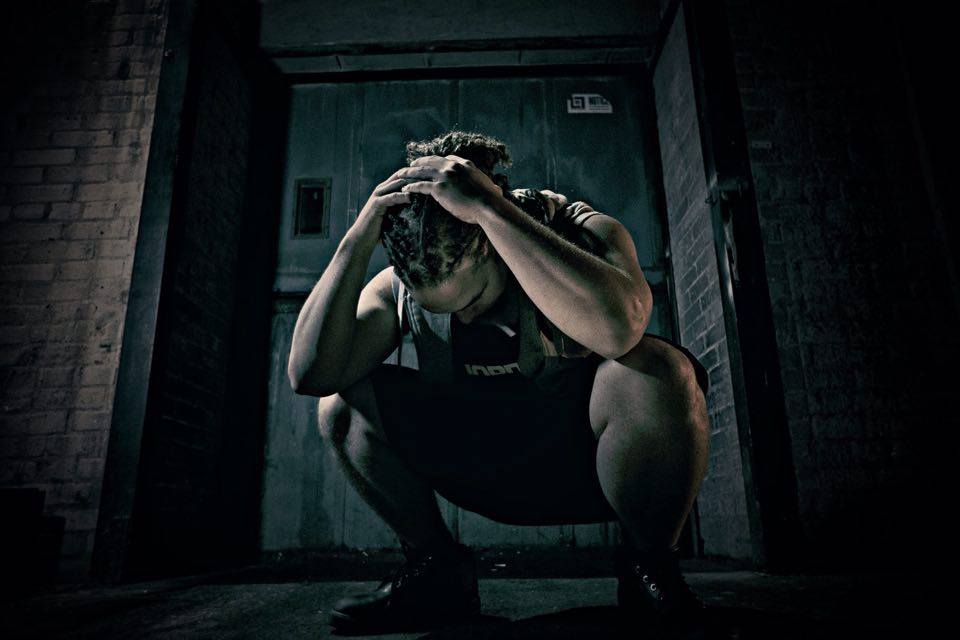 How long have you been making music?
Sh*t, like 15 years

What’s your favorite food?
Hmm, I’m also a personal trainer, so I don’t know if I should be disclosing this [laughs], but donair poutine from World’s Finest on Jasper Ave. My fave fo’ sho

What’s your favorite city?
Damn, just in general? I mean, I haven’t been to a lot of cities, but I rep YEG! {Laughs} Yeah, I love Edmonton

Who’s your favorite artist of all time?
Bob Marley

What musical trend would you like to see end right now and never, ever come back?
Damn, eh? Uh, if you’d have asked me this 4 months ago I probably would’ve said the whole auto tune thing, especially Future. But I really do believe that as long as anybody’s doing anything different, they’re advancing the craft, so I don’t think I want anything to stop, I just might not choose to listen to it

What’s been your favorite collaboration to take part in so far?
That’s a good question! My own album, we have quite a few collab tracks with some really talented artists. I’ve also been featured on my buddy Angelo Guzman’s album, we’re hoping to launch that in August

Who are three artists you would you like to work with in the future?
Kendrick Lamar, I’ve gotta give it up to my home girl Tory Kelly, and sh*t. Just 3? Oh man. I gotta say, damm*t. Okay, Kanye, he’s too crazy

What made you want to be a hip hop artist?
|That’s kind of a long story I guess. I grew up really in love with music in every essence. I play an array of instruments, started with piano. I always loved music in every aspect,  but I always thought that singers got the women [laughs], so I tried to be a singer, and man. It was god awful. So, as I was pursuing this musical journey of mine, I was watching an interview with Tupac, and he said the same thing. Growing up in his time era, all the R&B singers got the women, so he tried to be an R&B singer, and failed. But he obviously succeeded in hip hop, and I thought, well, “if he can do it, why can’t I?”
And how did that work out for you?
What, hip hop?
Nah man, the women.
Damn, [laughs] well ironically enough women are pretty time consuming, so I pretty much don’t have time for it with the album and everything in the works. Pretty ironic now that I think about it, [laughs], but nobody’s ever asked me about it, so I hadn’t thought about it [laughs]

What’s the advice you’d give to somebody who wants to follow in your footsteps?
Uh, pretty simple. Be confident, work harder than everybody else, and just ignore the bullsh*t and keep going

How long does it take you to write a song, on average?
|Damn, that one..that’s tough. I mean, I actually wrote two tracks over the last week, but a few off the album took me a couple months. It really depends on the complexity of the song and the concept, I think. And the overall inspiration, that’s a factor

What other styles of music inspire you?
Big reggae fan, um, I also really like R&B- especally the classics, and blues, and jazz – the instrumentation is just so crazy

What are three artists you’ve got bumpin’ right now?
Kendrick, always Kendrick. Chance the Rapper right now is huge. I try to stay up to date with everything that’s dropping, but Wale, too. I’ve been banging Wale for a while now

Are there any myths about the industry you’d like to dispel?
Hmm. That’s also a good question! Um, that not everybody at the top had it handed to them. There’s still a lot of really hardworking people in the industry. As much as it happens, for sure, there are a lot of people who paved their own way, and I know this is true because I’ve seen it happen firsthand

Is we finish, or is we done?
We done son, we done [laughs]

What do you have coming up that we can all look forward to?
Oh we got too much in the works right now! Damn, I could do a whole ‘nother interview about this. There’s somethin’ in August we’re gonna keep on the down low right now, but all the emcees in the city better watch for this. Come fall we’re dropping my album, “L.I.F.E.”, and I really do think it’s gonna change the game. I’m certain that this is gonna be one of the best Albertan hip hop albums yet

What, to you, is ‘Living the Dream?’
That’s crazy cause I ask a lot of people I work with this same question. It’s being able to make a living off music. Make a living for my family. Being able to not only help myself grow, but to help my city grow, and to make way for new artists to get established, too. I want to be able to return the favour. If I can get established myself, I want to help others get there too. That to me is living the dream, for sure

Any shoutouts?
Yeah! Number one shoutout my momma, my boy Andrew Menzak – my partner in crime on this album making the dopest beats, Tuffhouse, my boy Havana, my homie Sean Fiji, shoutout to the Fam! Anyone who loves J, ‘cause I love’ y’all! Oh, sh*t, and Angelo Guzman, too. Damn

Bonus Question: With the legalization of marijuana at the helm of North American politics, what do you have to say about legalization vs. decriminalization, and the war on drugs, in general?
Oh damn. Again, this another thing I could talk a out all day, but one thing – especially with legalization of marijuana, I think they should have done it a long, long time ago. Just simply because the government could be making bank off of it! It’s just like anything else though, of course people can abuse it, but I mean people can – and do – abuse cheeseburgers

Bonus Question #2: What is your opinion on how best to handle the recent wave of racial intolerance, violence, and injustice that has been on the rise in North America? Do you feel that as a hip hop artist, you have any responsibilities in this regard? Why or why not?
Damn, there are some crazy questions. I wasn’t prepared for this! [laughs]. Bob Marley says something in one of his songs about how a man’s skin color should have no more significsance than the color of his eyes, and I think that‘s true in all senses. It’s more complicated than that for sure, too. Not all colored people are bad, not all cops are racist, and I think there’s always a flip-side to the story that doesn’t get read, and that’s wrong. As far as responsibilities, I think if you have any sort of platform, and anybody listening, you have an obligation to say something. That’s the only way things will change. I think that change needs to come quick, too, because violence only ever begets more violence, and that’s not good for anybody