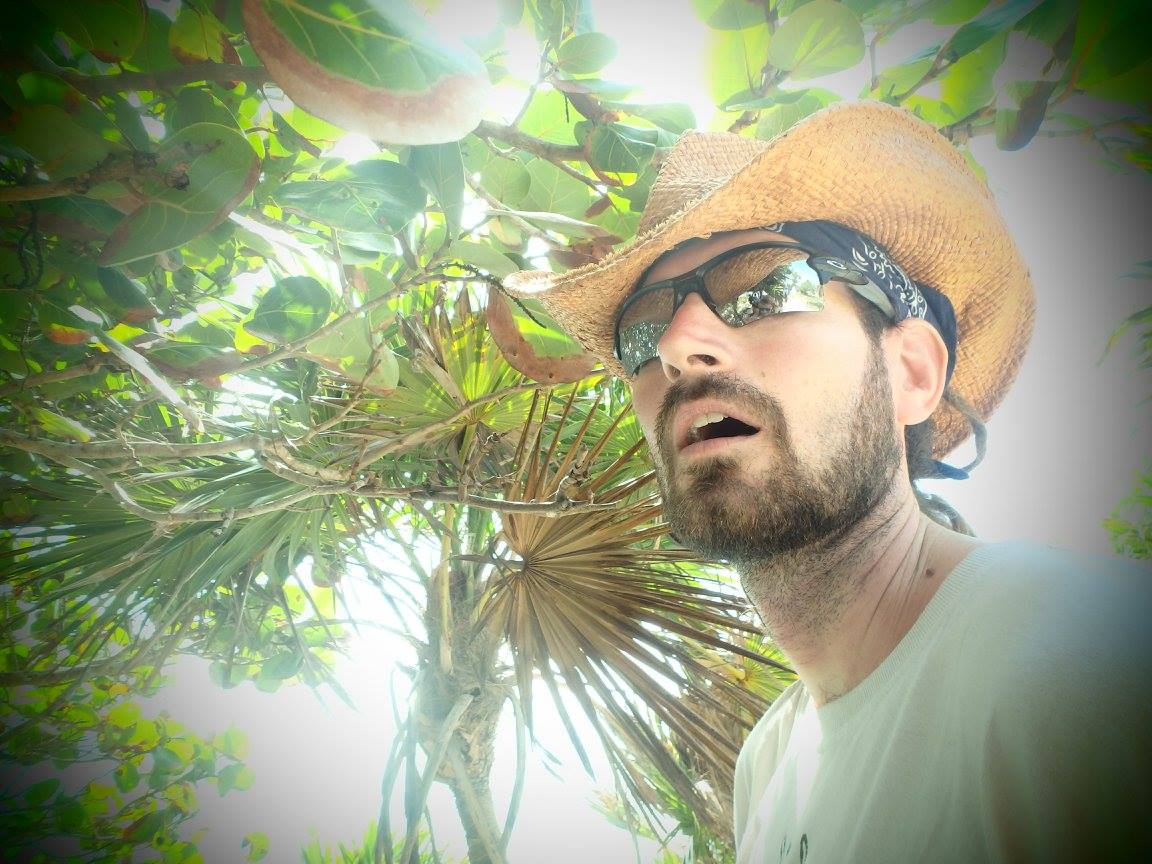 How long have you been involved with the Edmonton hip hop scene?
Since 2004, and that was kinda when I started going to shows, open mics and things. Things started to pick up, as far as my involvement, around 2006 with WildStyle Wednesdays, which ran from 2006 through 2009-ish. Hip Hop in the Park started in 2008, and I’ve been in Locution Revolution since 2007

What’s your favorite food?
Let me think for a minute, there’s lots! Pizza’s a safe bet – no one type in particular, just pizza. I’m happy if it’s around [laughs]

Who’s your favorite artist of all time?
I only get one? Johnny Cash. That was not easy [laughs]

What’s been your favorite collaboration to take part in so far?
I gotta think about this, there’s been a lot of them! I guess I like what’s starting to happen with collaborations, the huge community aspect that we are starting to see. Hip Hop in the Park collaborating with CypherWild, collaborating with Cipher5, with iHuman, and Sampler Cafe, and Skratcher, and that’s just naming a few. I think we’ll see the fruits of these collaborative efforts happening as things continue on, but it’s amazing. The things that are happening are really cool, because they include such a huge cross section of the community. When that many people are included, really cool things happen.
I like collaborating with my crew, of course, but that’s only three of us. These up and coming ones have the potential to include hundreds, if not thousands, and that’s really cool

What do you love the most about hip hop?
Oh, man. It’s one of those things, like what do you love most about life? About love? It’s hip hop. There’s not any one thing you can love about it! Hip hop is life, hip hop is love, it’s a life-changing, life-altering force of creation that has impacted my life in a very positive way

What’s the advice you’d give to somebody who wants to follow in your footsteps?
Don’t follow too closely, there’s a lot of room to do your own thing

What’s the best part of your job?
I think the vibe that you feel when you’re at a jam is its own reward, and whenever everyone is having a good time and feeding off the same vibes and building on that. It’s awesome, for sure

What’s the hardest thing about your job?
Tryna stay organized [laughs] I’m not good at that. I’m not a very natural organizer. I have a lot of ideas and things I’d like to see happen, but being organized enough to make them come to life is always the challenge for me

What inspires you, in general?
Life is fairly inspiring. There’s always something that’s happening, that hasn’t happened ever before. Like right now, there’s all these people walking down the street trying catch Pokemon, and that’s never happened before in the history of the world. There’s always new things going on – some great, some open to interpretation, and thatmeans that there’s never a shortage of inspiration. For the record, I’m not trying to make Pokemon into something profound, it’s just something that’s happening everywhere right now [laughs]

What’s your favorite color?
Can it be a tie? ‘Cause I like green and blue

What other styles of music inspire you?
Oh, like it all. All styles of music. I think every style has kind of been put in a can, but at the same time, they all have a legitimacy that’s been carried on by certain torchbearers. If you turn on the radio, regardless of genre, you’re only gonna hear like 25 songs, by 15 bands, by 10 singers. That said, there’s always people keeping music alive in every genre

What are three artists you’ve got bumpin’ right now?
I’m always listening to Joe Strummer and the Mescalaros, they’ve been in my CD player for like 10 years [laughs], Touch and the Dirty Sample, and the new K-Riz

What do you have coming up that we can all look forward to?
Um, I have a solo album coming out, called “Nothing to Something,” and Locution Revolution has one upcoming, it’s called “Futuristic Space Chronicles”.  Plus, it is the tenth year of Hip Hop in the Park next year, which is definitely a milestone

What, to you, is ‘Living the Dream?’
I think when everything is just, like, flowing. I don’t mind hard work or hard situations, but when everything is flowing from one thing to the next, when it’s not feeling forced when what you need is there when and how you need it to be, and everything’s just in the flow, that’s where I like to be

Any shoutouts?
To all my people that are reading this. [Raises the roof] big ups! [Laughs]

Bonus Question: With the legalization of marijuana at the helm of North American politics, what do you have to say about legalization vs. decriminalization, and the war on drugs, in general?
Well, declaring war on a plant is ridiculous, for one, especially when other plants and drinks and things are commercial juggernauts. Any person with half a brain knows what’s better/worse for them as well as for society. I’ll leave that at that. I thinnk we’ve gotta be very careful when we decide to celebrate certain things happening, because certain hijacks could also take place, and yeah – an entire industry could essentially be swindled by a government, if the people aren’t paying attention.
The war on drugs, well, it was always a way to flex political power and control a certain amount of the population; and basically, to grow a certain industrial complex based on drugs, prisons and political power. It was never about the drugs, it was always about what they could do by declaring war on them

Bonus Question #2: What is your opinion on how best to handle the recent wave of racial intolerance, violence, and injustice that has been on the rise in North America? Do you feel that the hip hop community has any responsibilities in this regard? Why or why not?
We have a huge responsibility. Hip hop is at the forefront of all of these big issues, because we are the future of society. We influence the youth, we are the ones with voices that are trained and sharpened. We are the fastest growing culture in the world, and pretty much the only one that basically has no racial bullsh*t at its core. There’s a lot of racial bullsh*t that’s happening, but at its core, hip hop says that if you can hold it down in your element, you can hold it down regardless of race, gender, or et cetera. What’s dope is dope, doesn’t matter who’s behind it.
With that being said, there’s a lot of racial issues we’re facing as a people right now, and I think what’s important for people to realize is that the human race includes us all. Everyone’s got racial baggage, because we all deal with it in one way or another. If we approach racism from our wounds, we’re gonna fight for ever. If we can approach it as a collective, a whole human race, we can all move forward together. That’s not to say that we should forget what we’ve been through or where we came from, but we can move past it for sure

Connect with Don on Facebook, and make sure to check out Hip Hop in the Park Foundation!