Tuffhouse 20 (or so) Questions: WC of Westside Connection 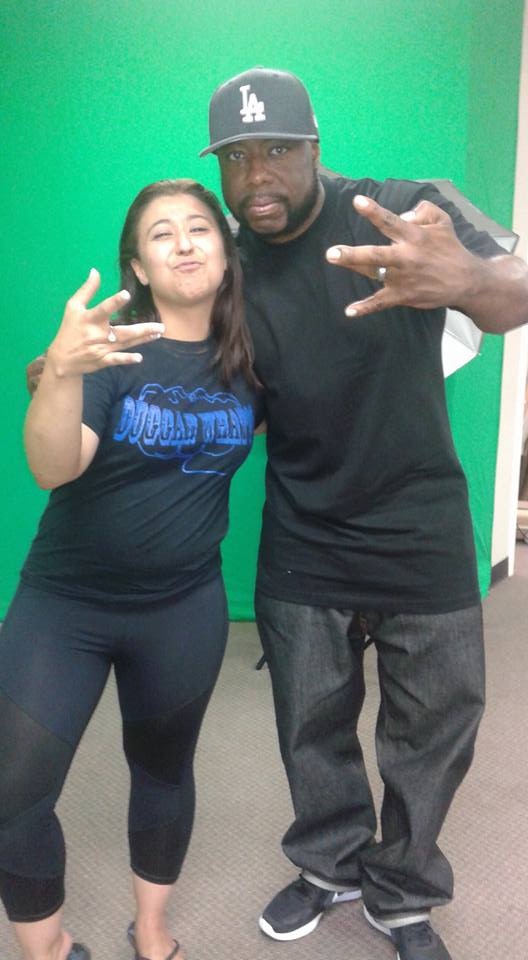 How long have you been making music?
Uh, over 20 years

Who’s your favourite artist of all time?
Run DMC

What’s been your favorite collaboration to take part in so far?
That’d be Westside Connection

What’s the message you’re sending through your music?
Aspire to be yourself

What’s your favourite song to perform?
“The Streets,” with Nate Dogg. He was the man

What made you want to be a hip hop artist?
Easy access to inspire the youth

What’s the advice you’d give to somebody who wants to follow in your footsteps?
Get a good liar – I mean, lawyer [laughs]

How long does it take you to write a song, on average?
A couple hours

What’s the hardest thing about your job?
Uh, patience

What inspires you, in general?
Fans

What other styles of music inspire you?
Soul

Are there any myths about the industry you’d like to dispel?
All that glitters, l mean, yeah. It ain’t gold

Is we finish, or is we done?
[Laughs] not the last question eh? Neither. [Grins] Neither. Never finish, never done

What do you have coming up that we can all look forward to?
Um, a couple of TV series that I can’t really speak on, but I’m a performance/acting coach, and it’s been an experience. We headed to Calgary tonight, too man, I mean, all of it. Sh*t

What, to you, is ‘Living the Dream?’
Life. Freedom. That to me is living the dream

What’s the best piece of advice you’ve ever been given?
Fuck the police. NWA told me that

If you weren’t a musician, what would you have grown up to be?
Uh, an athlete. Football player. I’d a played safety

Who was your childhood hero?
My childhood hero was, um, who was the bad guy? Damn. I didn’t f*ck with a lot of ‘em. Scarface is one of ‘em  [laughs] that’s f*cked up. F*ckin’ these kids minds up.[Laughs] I said keep it real though, I’m here tryna think of superheroes and damn. Scarface. That’d f*cked up, I mean you actually feel bad when he died. [Laughs] Motherf*ckers was like, “damn,” but he was an assh*le. I mean he died for the women and children; and at the same time, he was a d*ck. Damn, that’s messed. I try to keep away from this sh*t in public, but f*ck it,yeah. My childhood hero is Scarface. And that’s f*cked up

Can you tell us a little bit about the changes you’ve seen in the industry since you started in it?
Tight pants, leotards, y’know I’m sayin’? Effeminate dances. [Laughs] uh, people being more open about being b*seheads

If you were a superhero, what would your superpower be?
F*ckin’.

Any shout outs?
Yeah – shout out to all my Canadian fans, thank you for the support. Keep it gangster, yo

Bonus Question: With the legalization of marijuana at the helm of North American politics, what do you have to say about legalization vs. decriminalization, and the war on drugs, in general?
The war on drugs has always been a business, y’know. They don’t really wanna stop drugs from getting to one place to another. Somebody’s always gonna do it man, I mean sh*t. I think it should be legalized. Marijuana is a healing source, it’s a medicine. I think that the reason it isn’t yet is that there’s money in the war on drugs, the same way that there’s money in the medical industry
What’s your favourite strain to smoke on?
[Laughs] Oowee, damn. OG Kush. Always OG Kush; but I mean, there’s so many, man. This question is unfair [laughs]
What’s your favorite way to get high?
[Smiles] a joint. A real nice, OG zig zag joint. None better

Bonus Question #2: What is your opinion on how best to handle the recent wave of racial intolerance, violence, and injustice that has been on the rise in North America? Do you feel that as a hip hop artist, you have any responsibilities in this regard? Why or why not?
Oh yeah man, sh*t. I got big responsibilities, I have to keep it real with my fans. I have to speak out to let them know that it exists. I think that the only way that we can resolve the situation is dialogue, is to quit wiping our music under the rug and labeling it gangster rap We gotta stop sayin’ and letting it be said that it just a bunch nonsense, of mumbo jumbo, If you listen carefully, we predicted this sh*t a long time ago, man