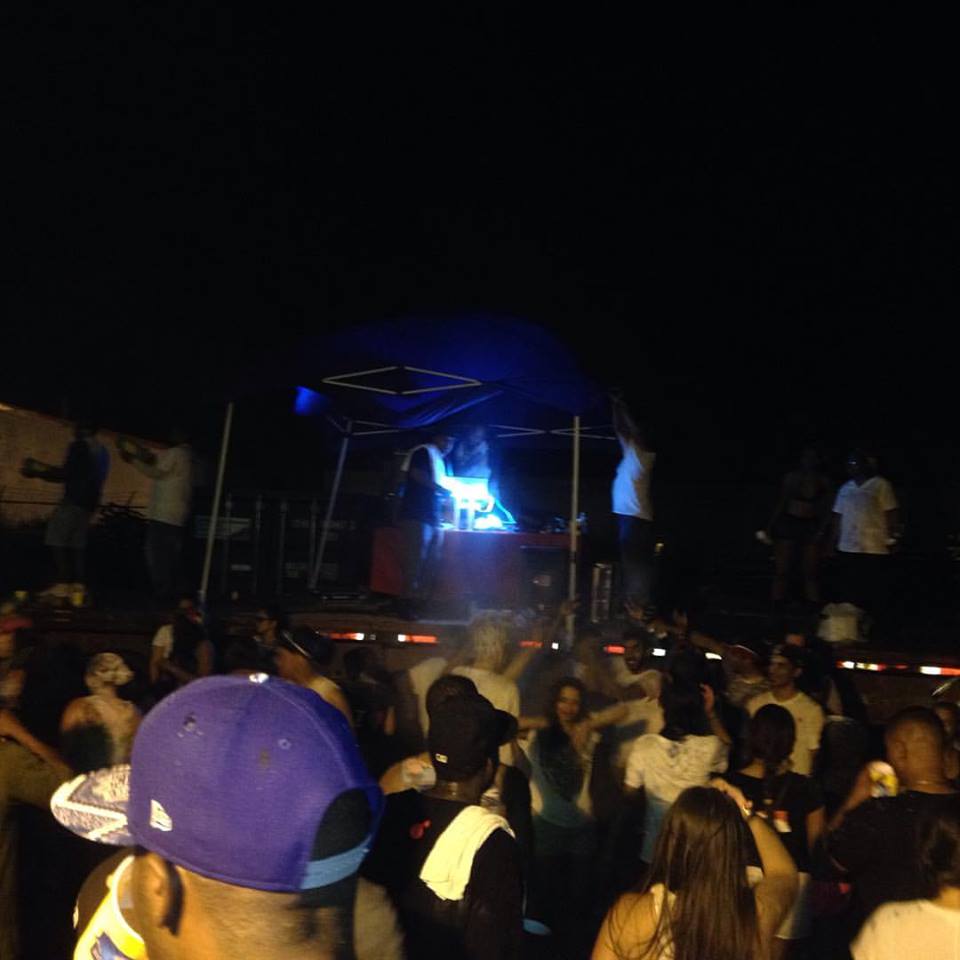 In the Caribbean culture (particularly in Trinidad), the J’Ouvert (pronounced zhuu-vay) is an outdoor festival that involves calypso/soca music and dancing through the streets. It is a party with large amounts of historical importance, as the origins of the J’Ouvert coincide with the emancipation from slavery in 1838. Prior to emancipation, Carnival was introduced to Trinidad by French settlers in 1783; however, the slaves were disallowed from participating in the French masquerade balls, and would instead stage their own mini-carnivals utilizing their own rituals and folklore to imitate (and sometimes, to mock) their masters’ behavior at the Carnival fetes. Following emancipation, slaves were provided the opportunity to embrace Carnival as an expression of their newfound freedom. Some theorize that the J’Ouvert tradition has been carried forward to serve as a remembrance of civil disturbances in Port of Spain, Trinidad, where people smeared themselves with oil or paint to avoid recognition. The traditions of the J’Ouvert vary greatly throughout the Caribbean.

I had the privilege of attending my first J’Ouvert on my 26th birthday, July 2nd, 2016. Carnival is a deeply entrenched part of Brasilian culture, too – so as much as this transported me back to my roots, this was also something entirely unique. The Trinidad and Tobago Association in Edmonton provided the perfect venue for the fete – drinks were cold, the food was amazing, and the music was bumping. Upon entry, we were armed with baby powder, paint, and water, which got thrown with reckless abandon at a crowd full of smiling faces and jovial screams of laughter. Soca DJs Bad Newz Juk and Fresh Cut de Mayor provided us with a bouncy soundtrack for the evening that kept the crowd dancing until the early hours of the morning. There’s nothing quite like a massive waterfight dance under the stars with great music and better people. I had an absolute blast, and can not wait to attend next year’s event!