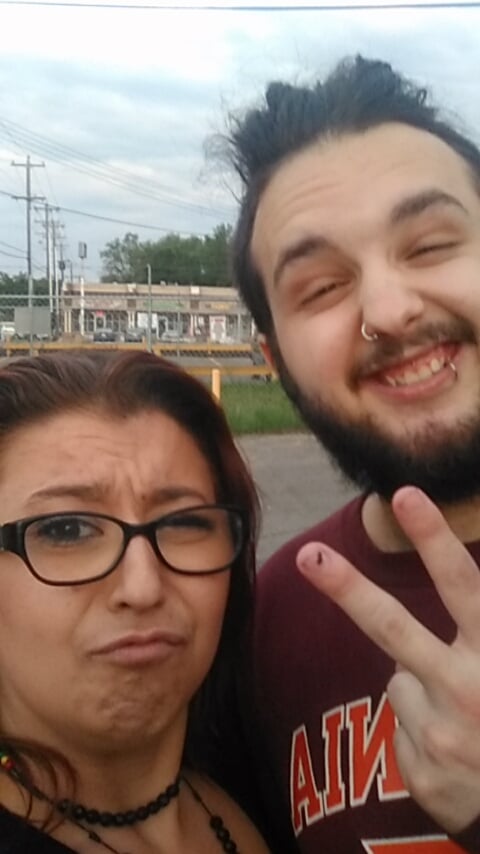 What’s your favorite food?
Oh wow. Um, I’ve been on this health kick. All I’ve eaten for a week is like carrots and celery, I’ve lost like eight pounds in ten days. I’m craving all sorts of food right now, leaning towards pizza or chicken wings, I’m pretty predictable, but it has to come with ranch sauce; pizza and chicken wings, specifically. My wild card is tuna, I love tuna. [laughs]

What’s your favorite city?
Um, either Vancouver or Paris

Who’s your favorite artist of all time?
Marilyn Manson

What musical trend would you like to see end right now and never, ever come back?
Oh sh*t, I’m pretty open minded. I don’t know if I have a specific. Um, huh. [Laughs] you got me thinkin’ on this one. I don’t know if it’s a trend, but I hate country music.

Who are three artists you would you like to work with in the future?
KoRn, Hollywood Undead, and Marilyn Manson

What made you want to be a hip hop artist?
I tried to start a lot of bands growing up, and no one had as much drive or passion as me. Hip hop was something I could do by myself

What’s the advice you’d give to somebody who wants to follow in your footsteps?
Be in the moment and don’t take advice. And move fast!

What’s the hardest thing about your job?
I don’t tour enough! I wanna travel more

What inspires you, in general?
Oof. That’s a tough one. [Laughs] Anything that hits me in the feels, honestly. Movies. Movies inspire me a lot, actually. Or hearing dope new music, particularly dope new music. It’s like, “why the f*ck didn’t I do this”?

What other styles of music inspire you?
Metal, and rock, and hatewise country. I don’t know if that’s a word [laughs]

Are there any myths about the industry you’d like to dispel?
Yeah, it’s not as hard as everyone thinks it is to make it. You just have to be creative and be fearless. It’s something I struggle with, y’know, but it’s a process

Is we finish, or is we done?
All tree of y’all and whatever. [Laughs]

What do you have coming up that we can all look forward to?
My album, “Sellout” comes out July 25th. It’s all over the interweb! [Click here for more]

What, to you, is ‘Living the Dream?’
It’s as simple as making a full-time living off art. A big full time living, though

Any shoutouts?
Ummmm…..[thinks in hip hop] Mel, for making me sound super indecisive [laughs] and typing out my..everything
(Author’s note: authenticity is the goal!)

Bonus Question: With the legalization of marijuana at the helm of Canadian politics, what do you, as a Canadian, have to say about weed and the legalization of it?
I’m gonna start off by saying I actually haven’t smoked weed in like a year, maybe. I’ve been pretty consistently high on other drugs [laughs] but weed makes me paranoid and unmotivated. What I’d say to the young aspiring children is don’t just smoke weed and sit around doing nothing. It’ll get you nowhere. That being said, weed is definitely awesome and I’m not a hater just because it down’t work that well on my brain anymore. I support legalization, actually, of all drugs. I’m afraid of what the government will do to it once it’s legal though. Like, I don’t want scary, messed up GMO weed. The war on drugs is a total failure, so we all know it’ll end soon. I definitely won’t be eating carrots and celery when that day comes, though! [Laughs]