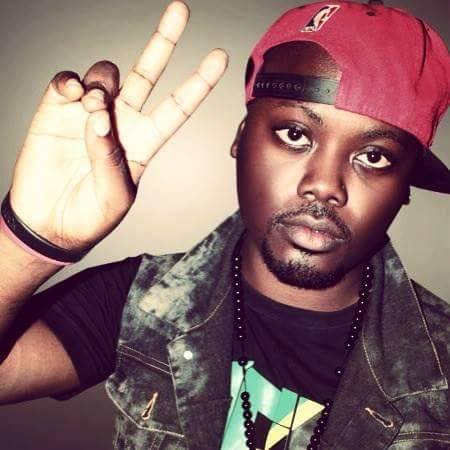 S: How long have you been making music?

Proveli: I first recorded in the studio in about 2013.  As far as making music, like creating it, I probably started when I was about 10 just trying to sing stuff. It was some sort of little secret of mine that was just therapeutic to me.

Proveli: My favorite food would have to be chicken.

S: Who’s your favorite artist of all time?

S: What musical trend would you like to see end right now and never ever come back?

Proveli: When I came back from Africa in in late 2014, I was back physically but I didn’t know as far as stepping into the Edmonton Hip Hop scene if I’d ever even be relevant. I didn’t really have the time to write rhymes or music as much but, these guys called the Doom Squad they really trying to get me back in. They we’re like yo can you just come and do this with us. I just feel like from then til now it just reminded me that hey man, sometimes you just try & do things to see if ‘hey lets see if I still got it’, you start to feel like you know what maybe this is the beginning of something else and it’s like Boom.

S: What made you wanna become a rapper?

Proveli: It was the fact that it already felt like a part of me because it all started as poetry and then from writing poems, you go and listen to people rap & I thought this is very impressive. I thought rap was always a freestyle that’s what the main thing was. And I remember looking at a cd and it said ‘written by Calvin Broadis’ and I was like who is that? And somebody was like that’s Snoop Dogg. So I’m like oh so Snoop wrote Murder was the game? And they’re like yeah! So he sat down and he wrote it. So I have these poems and if I could just recite them, with a beat, it would be a rap but written by me. So Im writing poetry and now I can just say it with a beat. And that why my first cd was called Rythym and poetry.

S: What’s the advice you would give somebody who wants to become a rapper?

S: What’s the hardest thing about being a rapper?

Proveli: The hardest thing about being a rapper is that everybody is so caught up in a box, like documentary style. The hardest thing about being a rapper is people try to forget that you’re a writer and that you’re an artist. So sometimes you might wanna just explore your mind & be like Stephen King & just thrill somebody. And then people always like to scrutinize you so much more it’s as if they really push off the fact that it’s an art. It’s always gotta be real, you gotta draw from something real but at the same time you could paint pictures, you could be just cinematic. You could just tell a story that has nothing to do with you. Say that you just admit it and you’re like well I wrote this story about let’s say sexual abuse but I never experienced that. There’s people that write movies about ghosts or murderers, they never killed anybody before, but because it’s a great movie & the cinematography is great. Then the name comes up, screenplay by such and such. Why can’t it be say this album “Proveli Paragon- a cd that’s based on a haunted mansion”. And people be like “Well does he really live in a haunted mansion?” And it’s like no. Just soaking in the characters. Christian Bale goes and dresses up as Batman, he got a cape. Once he’s done he goes and steps on the red carpet. When you’re a rapper it’s like “he wrote something?’ and then you step out and they’re like “wait a minute, why you wearin a suit, why you doing this?”. I know I rap but I don’t have to be put in a box like that.  So that’s the hardest thing about being a rapper, sometimes, is being put in a box. That’s why I always try to escape it.

S: What inspires you in general?

Proveli: In general I’d have to say life, I mean you wake up take a breath, wonder what’s going on out there, who said that, oh these are my friends, this is my family, gotta go to work, gotta buy my coffee. It’s just life man life is  inspiring.

S: What other styles of music inspire you?

Proveli: Rock, Soul, basically all music inspires me as long as it’s a great song. I could like anything from Country to heavy metal, R&B, pop.  AS long as it’ a great song. From “Everybody Rock your body” *sings backstreet boys*. To like that one by Alexisonfore, this could be anything in the world from Papa Roach to Brenda’s got a baby by Tupac, to Thriller by Michael Jackson, to Justin Beiber, Sorry. If it’s a good song.

S: What three artists have you got bumpin’ right now?

Proveli: Right now? Very good question. Eminem, he’s great. Tupac, I bump me, just so that I remember my words and try to play the critic. I try to pretend that I’m somebody else, how does he make you feel? Do you enjoy it? Im such a critic. And Eminem, I feel like he’s doing some of his best work now even though he’s not getting much attention. He’s been doing it for so long he’s just so zoned in right now. And Tupac because he just gets me through some tough times.

15.S: Any myths about being a rapper that you’d like to dispel?

Proveli: A myth that I’d like to dispel is that even if you were to do it, that the lifespan of the work of a rapper is short. There a few people like Dr. Dre, Ice Cube, who are legendary. For the most part people think that to be a rapper you have to be some teenager & just because you grew up irresponsibly, that once you have kids and get married, you can’t be a rapper. You can still rap, you don’t have to be in the clubs. It goes back to that box. The myth that the lifespan of a rapper is short. Rappers can live long, rappers can be Grandpas. The kids gon’ be like “hey Grandpa can you bust a rap for us’?” *busts a rap*.

S: What do you have coming up that we can all look forward to?

S: What to you is living the dream?

Proveli: Living the dream to me is seeing your family. I feel I’m very blessed because I’m a father and I have a son. The way we interact every day, that’s living the dream. When your kids are happy, sitting at the table, their smile. That’s why I am a big softy

Proveli: Shoutout to Orville for taking me very seriously once again as he always has. And letting me be here in an environment doing what I love to do. Which now is like icing on the cake to me, once you have a family, then you get to do what you love to do then that’s great. The whole Tuffhouse family, shoutout to every rapper in Edmonton even the ones dissing me. To the ones still trying to put me on their records, the Doom Squad, K Whiz & them, Arlo. Everybody in the city, Kaz Mega. The sonics, everybody that I’ve interacted with since I got back from Africa. My wife & kid, and of course to you.

S: If there was a movie produced about your life who would play you and why?

Proveli?: As far as somebody I think who would have the skill, and the emotional intensity & intelligence to do it would be Tupac. Because he could act to begin with, he also went to theatre school, which I did aswell. He also was a poet to begin with & a movie buff. So he was a fan of movies & aside from just rap he took himself seriously as an actor, which for me that would be something that I would really want to get into. So I feel like not only do we have some things in common but he would have the dynamics. I’m a simple guy but my life is complicated. You would have to be somebody that’s travelled. Somebody that can cry, that can laugh, that can be an idiot, that can be smart sometimes. You would have to be articulate.