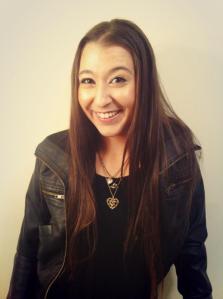 How long have you been making music?
As long as I can remember! I started as a vocalist with school choir, almost two decades ago now. Twenty years in September

What’s your favorite food?
Coxhina! They’re a Brasilian staple made with chicken and potatoes, rolled in taro root flour and then deep fried….mmmm

Who’s your favourite artist of all time?
Thom Yorke, hands down. Everything Radiohead’s ever done has been near and dear to my heart. He’s such a lyrical mastermind, and he’s also a classically trained pianist. Before every show, he plays the Chopin Nocturnes completely and consecutively, which is an incredibly difficult and respectable feat. The dedication and adoration he has for music is very much a part of how I have grown as a musician over the years, and I truly do idolize his work ethic and talent

Who’ve you worked with in Edmonton so far?
I’ve only been in Edmonton since March 19th; however, I’ve made some unreal connections so far. Keezy (Classic) and I tore the stage up at Rap Mania (hosted by JAW and RepPression) at DV8 on June 10th. Also, I recently signed on to Tuff House, and I’m looking forward to making music with the whole team. Stefan actually produced a beat for me last week, and I’m hopeful that Nova and I can make some magic happen as the summer rolls along

What’s it like being a female in a largely male-run industry?
There are definitely both pros and cons to having that double-x chromosomal build. I think that for me, the most frustrating one is being taken less seriously than my male counterparts just because I’m a woman. This is true in all of my jobs within the hip hop microcosm – as an artist, I’m always being told that I need more hooks and less bars, or that I’m “adorable,” or that I’m a “femcee,” not just an emcee. As a critic, I wish I had a dollar for every time I’ve been told that my opinion holds less weight because I’m a woman. As a journalist, it’s actually somewhat disheartening how frequently I get told that I only do my job so that I can have a shot at getting intimate with whomever I am interviewing. All things considered, though, I find great comfort and pride in doing my job exceptionally well while wearing high heels and a nice outfit. Underestimation fuels my fire, so when I can break through societal gender stereotypes, it makes all of the negativity worthwhile. At the end of the day, I aim to be a role model, and not just for the girls

What artists you would you like to work with in the future?
Missy Elliot, Edward Scissortongue, Atmosphere…and so so many more

Who’s your biggest musical influence?
Jean Grae, for sure. She’s everything I aspire to be as an emcee

What made you want to be a hip hop artist?
Hip hop is my oldest, nearest, and closest friend. I’ve recently undergone a massive transformation and growth as a person, so transitioning into being onstage again has been a natural progression to follow

What’s the best part of your job?
I’m in a position where I get to do everything that I love the most and call it a job! [Laughs] I mean, at the end of the day, I get to make and perform music in-between interviewing people of all walks of life, going to events, networking, and learning from the absolute best of the best. I’m literally living my dream

What’s the worst part of your job?
Honestly? The worst of it  is that I operate on the least “normal” schedule ever. It can be difficult to see my family and friends sometimes; however, for the most part, we make it work, and they’re all beyond excited for and supportive of me

What’s it like interviewing celebrities?
[Laughs] Well, it can be totally intimidating! It’s pretty crazy when you get to sit across from your childhood heroes and pick their brains. A lot of the time, though, it’s the setting that can be overwhelming. Security, publicists, management, and et cetera…their job is to make sure that the artist is okay, so they can definitely be a stressed and stressful bunch. Usually, within a few minutes, both myself and the artist being interviewed find our stride and things go by pretty comfortably

What inspires you, in general?
Nature, especially the colors and the sounds of both twilight and dawn. I also take great inspiration from pain – I think that the best way to conquer that which has harmed me in the past is to find a way to turn it into something beautiful and empowering

What other styles of music inspire you?
Samba, industrial metal, prog, grunge, jazz, blues, bluegrass. everything, except country music

Are there any myths about the industry you’d like to dispel?
That it’s more about who you know than what you’re willing to put in. Of course, the people you know are going to play a part in where you can ultimately end up; however, there’s an unbelievable influx of up and comers these days who are so entitled that it becomes nigh impossible to work with them. I come from the camp of earning ones respect, and I will always maintain my integrity. Things just taste better when you earn them, y’know?

What are you looking forward to listening to?
“Tell Them It’s Winter,” the new Edward Scissortongue x Lamplighter collab coming out in a couple months

What do you have coming up that we can all look forward to?
I’ll be performing at 4th Friday on June 24th, which will be my first ever solo show as an emcee! I also have an album in the works and a bunch of collaborations that should be dropping in the next couple of weeks

Is we finish, or is we done?
Neither, but you can put some respeck on my name

Any shoutouts?
Stephen Komrade, Valkyrie, PersuAsian, DJ Ned, Qool Ranch, Joka Zen, Adawgua, Skitzz, El Brenno, Lunatikk, Iggo Skidrow, Rezza Reckt, Onyx, Keezy, The Rodfather, Jaw, Self, Sampler Café, Skratcher, The Hip Hop in the Park Foundation, Cypherwild YEG, iHuman, The Verbal Architects, Unspittable, and the rest of the YEG hip hop community for being the broliest, crunchiest brotato chips and chipettes around.
Havana Green and the rest of the Tuff House family for welcoming me home with open arms.
Prevail, Neph, Madchild, Ad-lib, The Rebel Hippies, and Battleaxe for being the greatest big brothers and role models a girl could ask for.
And to all of the many, many guardian angels I have looking out for me, you’re sorely missed and deeply loved