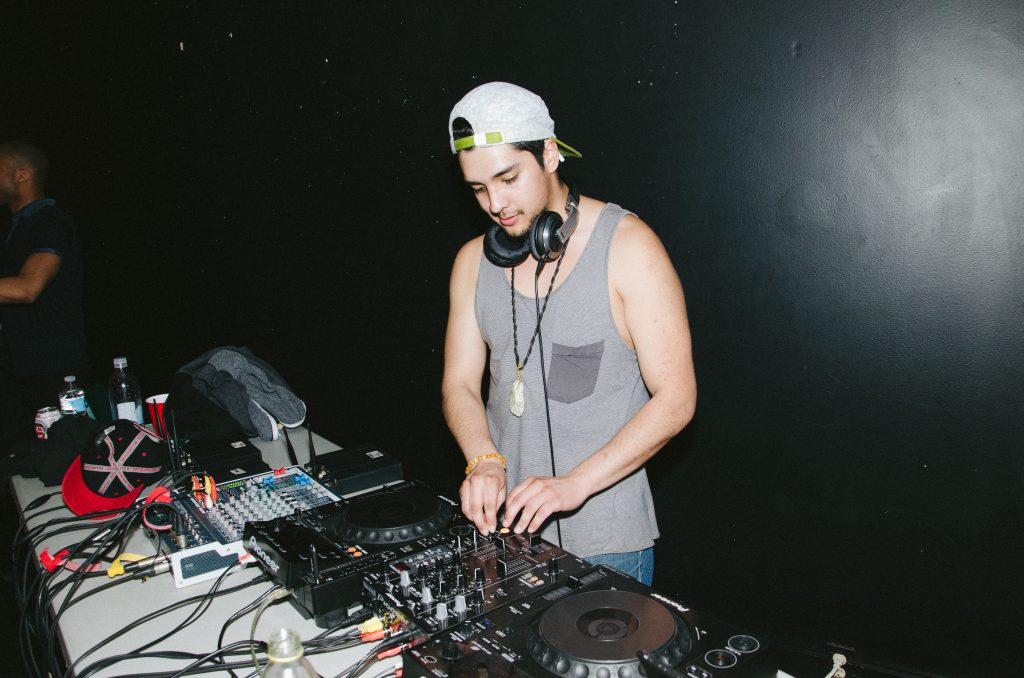 How long have you been making music?
Since I was 16, so about 11 years

What’s your favorite food?
I’ve recently become a vegetarian, but my favorite food is pupusas. I think I’mma still eat those on my birthday, though

Who’s your favourite artist of all time?
That’s a hard question! It might sound kind of narcissistic, but myself, so far at least

What musical trend would you like to see end right now and never, ever come back?
I wouldn’t want anything to happen to any genre. We all work off of each other

What’s been your favorite collaboration to take part in so far?
Tuffhouse, because they’ve given me the most opportunites for visibility and growth.

Who are three artists you would you like to work with in the future?
Ta-Ku, Sango, and Yedgar

What made you want to be a producer/DJ?
My family is very musical, they all sing or play instruments and I love that about them. As I started to get into computers, I learned that you can make music on them, and that became my outlet

What’s the advice you’d give to somebody who wants to become a producer like yourself?
Go big, and don’t let anybody tell you that you suck or how to do what you want to do. Everybody sucks at the beginning

How long does it take you to produce a song, on average?
It can take as little as one day. it depends on how motivated I am

What’s the hardest thing about being a producer?
Mental blocks. Whatever is going on in your life emotionally will influence your work, so watch who you surround yourself with

What inspires you, in general?
People. just people. All people

What are three artists you’ve got bumpin’ right now?
Joekay, the whole Selection Group, and Jmsn

Are there any myths about the industry you’d like to dispel?
[Giggles] uhm, I dunno. Not really

Is we finish, or is we done?
We’re finished

What do you have coming up that we can all look forward to?
Lots of collaborations. I’m working with tons of people, networking a lot. There’s so much in this city that people don’t even know about and hsould be paying attention to, ‘cause it’s gonna hit them in the face

What, to you, is “living the dream”?
I don’t know that I’ll ever feel like I’ve made it. I think that human beings by nature are always going to want more