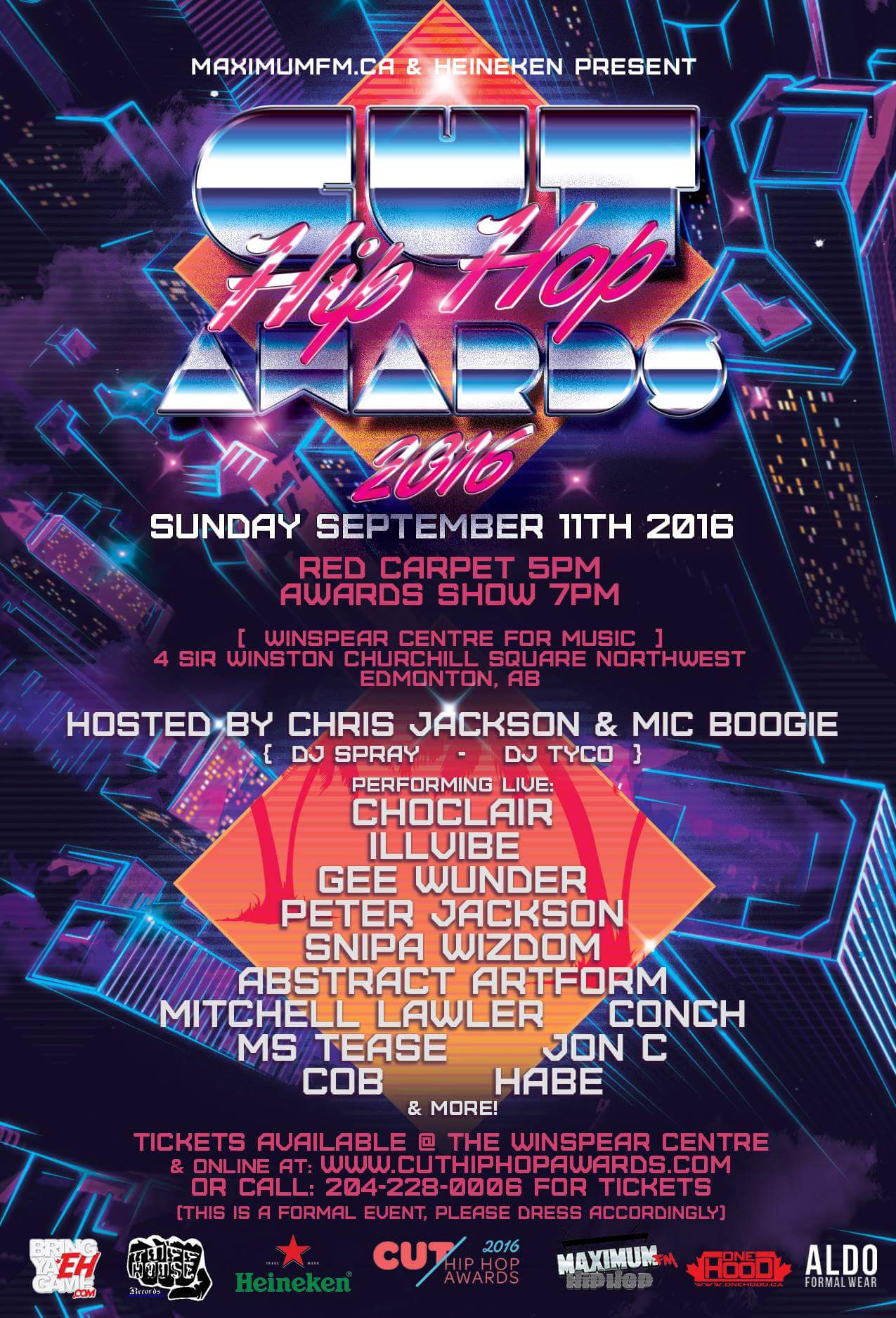 The CUT HIP HOP AWARDS 2016 will involve the music industry and will be a weekend of events encompassing both fans of music and networking opportunities that features Canadian stars and most importantly emerging talent. The CUT HIP HOP AWARDS will become one of Canada’s premier music awards and celebrate excellence and achievement in Canadian music. CUT will be focus on up and coming talent. Ticket Information for Edmonton’s CUT CONNEX 2016 at the Delta Edmonton Centre 10222 102 St, Edmonton Weekend Pass $75 (Includes 2 Day Trade-Show, All Workshops, All Performance During Trade-Show) Special CUT CONNEX 2016 Hotel rate $119.00. Book now limited amount: