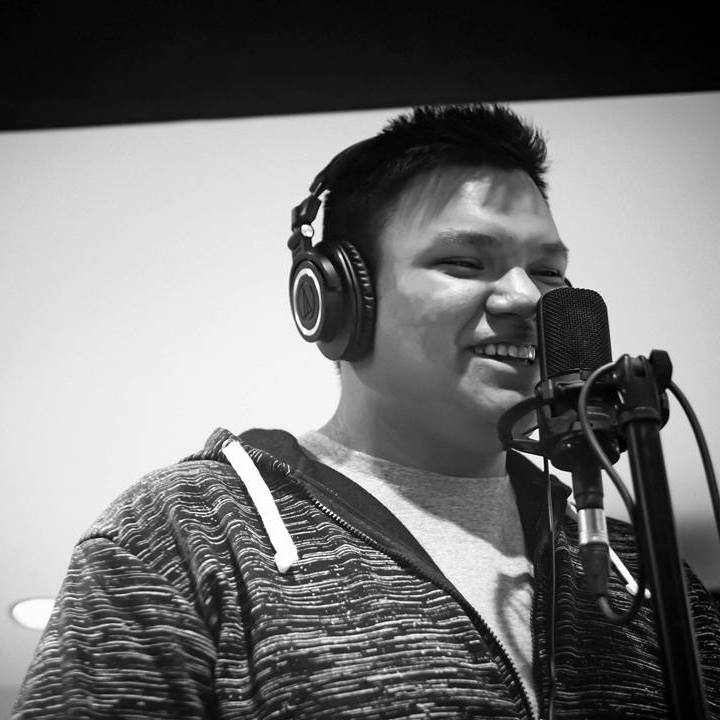 How long have you been making music?
For the past 4 years

What’s your favorite food?
Donair, a really good one from Swiss Donair on 144th and 82nd. Best in the city, for sure

Who’s your favorite artist of all time?
Dolla, yeah. His rhyme schemes were sick

What musical trend would you like to see end right now and never, ever come back?
Trap. I dunno, I don’t like it. I respect my homies for doing it, but I’m not down with it. Or that fake hip hop sh*t that has no words, it’s just mumbling

What’s been your favorite collaboration to take part in so far?
Unspittable. We been working on some crazy stuff together

Who are three artists you would you like to work with in the future?
Tami Lamouche, Will Belcourt, and Simplicity

What made you want to be a hip hop artist?
The therapy sessions that I did writing. It was the therapy of it

What’s the advice you’d give to somebody who wants to follow in your footsteps?
It’s a hard lifestyle to live. You’re writing 24/7, recording when and where you can, and trying not to stop. Constantly moving and growing; sharpening the sword, so to say

What’s the hardest thing about your job?
The work of it [smiles] it’s a constant grind, promoting, selling tickets, writing, making moves and calls and trying to keep afloat. It never stops, and you gotta keep moving

What inspires you, in general?
Seeing the growth of my group, of other artists. It’s amazing to see, y’know. Seeing the kids face when you’re able to perform something that speaks to them. Being the voice for the voiceless

What other styles of music inspire you?
All kinds! I’m inspired by just hearing it. Hearing the work it takes to create a song, that’s what inspires me, how much time and effort to create something different,to me it really is awesome

What are three artists you’ve got bumpin’ right now?
Me! [Laughs] My newest track with Reppression, the new Verbal Architects stuff we’ve been working on, and Simplicity. He’s crazy talented

Are there any myths about the industry that you’d like to dispel?
it’s not easy. You can’t just get a beat and make it a hit. You have to put in the time, the effort, the countless hours. It’s not easy, and you’ve gotta want it, but it’s worth it to be that voice

Is we finish, or is we done?
Is we done?

What do you have coming up that we can all look forward to?
My solo album, “It’s a New Day.” It features the Verbal Architects on 4 tracks, and it’s talking about my lifestyle, trying to move on from my past and letting go of what I’ve experienced. I’ve been working on it since December, and I’m hoping that it will be out by the end of the year

Any shoutouts?
Yeah, to Cypher Wild, to my group, to Mel for bringing us out, to my brothers, SumSum, Ronin and Simplicity, to iHuman for helping me grow and giving me opportunities, to all the Architects out there – keep grinding, to Tzadecka, and to Tuffhouse for having us out to the studio for Tuffurban Magazine!